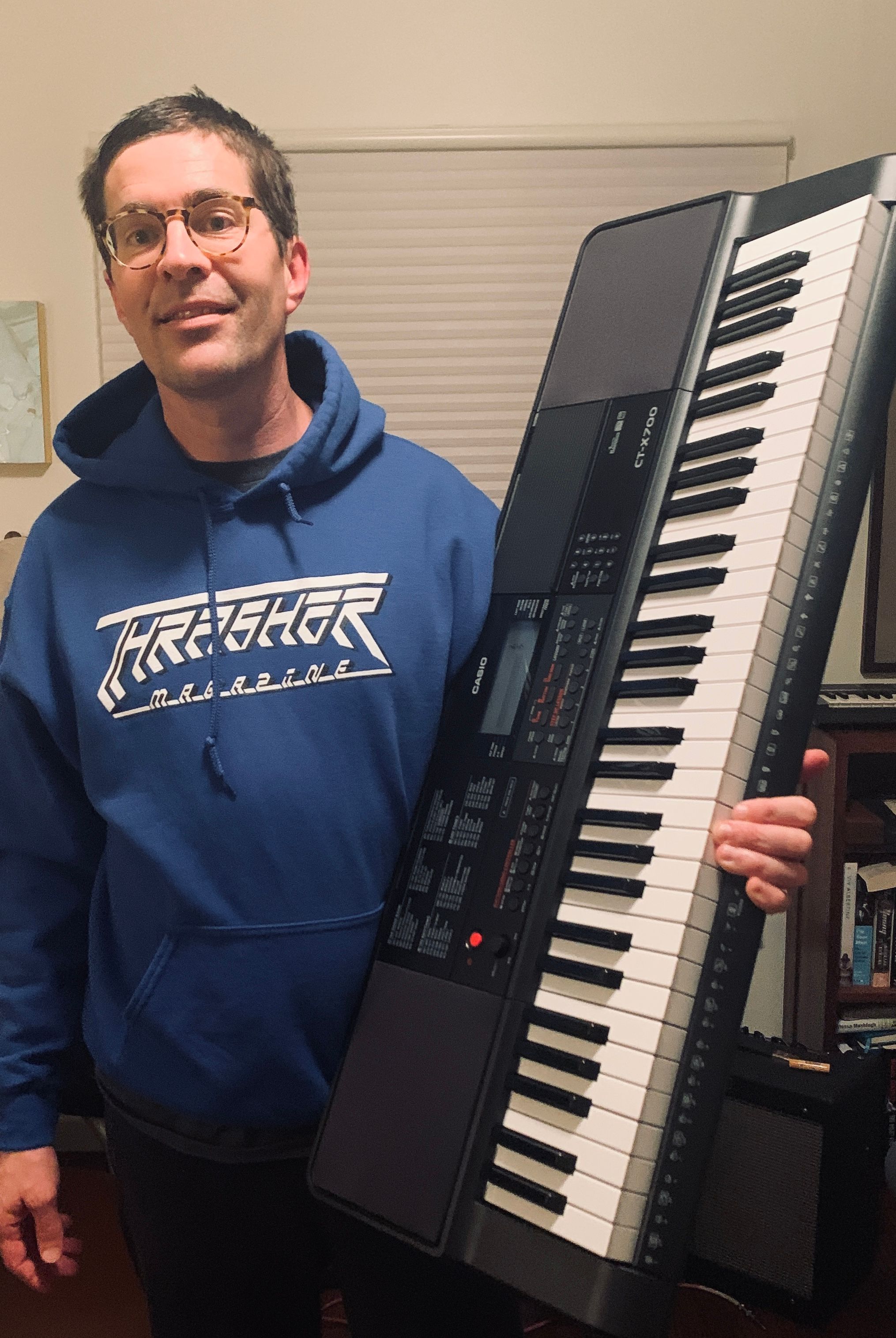 There used to be such thing as a "Fall" album. My friends and I believed in this. We would be walking around campus, new autumn leaves on the ground, with a chill in the air, and a new album by a favorite band would make the perfect soundtrack for the season. Sebadoh's Bakesale was one such album for me. Sub Pop released it on August 23, 1994, just in time for my senior year of college.

I was in Pullman, WA living alone on Main Street, attending Washington State University. I had my Thursday 1 P.M. radio show on KZUU "Pullman's only alternative." This album would have been in heavy rotation at the time. The promo copy we had at the station featured a black and white photo of Sebadoh sitting on desks in a classroom or library. I loved the lyrics of this song, "Skull": "There is history in this place. There are dragons to be chased." My own career in music was just starting, for it was at this time I bought my first 4-Track cassette recorder and began what would eventually be called Super XX Man.

When I started this 50 Songs Project, I knew I would include a song from Bakesale. I recorded my version of "Skull" using only a Casio CT-X700 keyboard. The only exception is the vocal, recorded with a microphone. I imposed these limitations on myself because I felt like using a guitar would have sounded too much like the original.