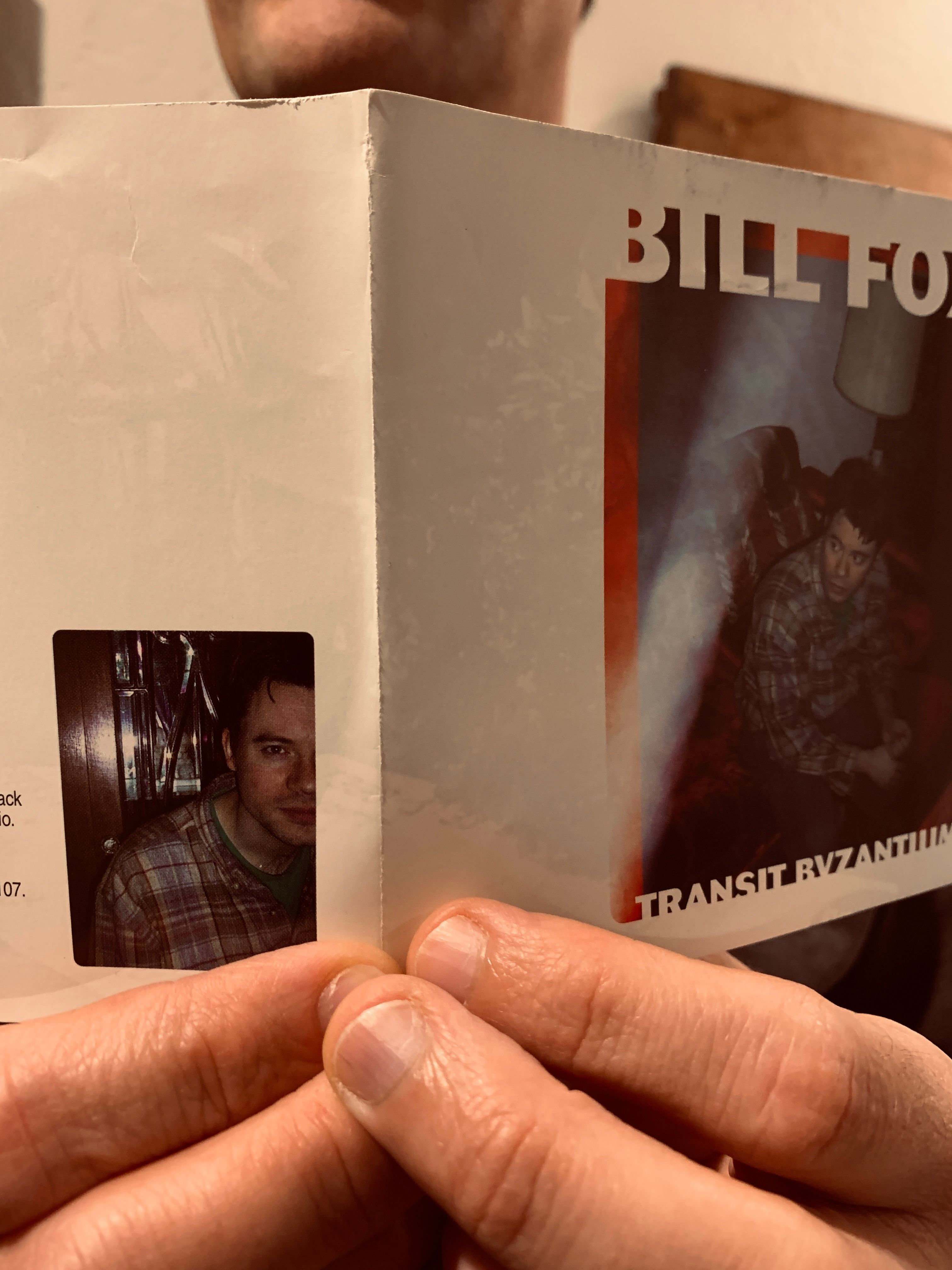 While I'm usually one to research an artist I admire, I must admit that I know very little about Bill Fox. He is a songwriter from Ohio and I think of him as Cleveland's Bruce Springsteen, if all Springsteen ever made was Nebraska. He sings about real people and real stuff. His recordings share the same quality of 4-Track home recordings, although considerably more lo-fi than even Nebraska is.

I learned about Bill Fox from my friend, Eric, who also lives in Ohio. For years, Eric and I made tapes for each other. We were constantly introducing each other to great music and still are. I distinctly remember a stand-out track from Bill Fox on a mix tape from Eric that I listened to while walking all over Austin, TX.

One day, I went to my favorite record store at the time and ordered everything I could find. A week later, I went back home with two CDs: Transit Byzantium and Shelter From the Smoke. In researching Bill Fox just now, I learned that Transit Byzantium has just been released on vinyl for the first time by Scat Records. It's on this album you will find the song "For anyone that you love."

It took me ages to decide on a Bill Fox song to cover. I really love his music - the melodies and lyrics resonate deeply. I learned "For anyone that you love" the old fashioned way - just listening and writing down the words I could recognize. There's a section that changes and I don't think I have the lyrics close at all. I hope Bill Fox doesn't mind. My aim is to pay tribute.

This is a beautiful song.