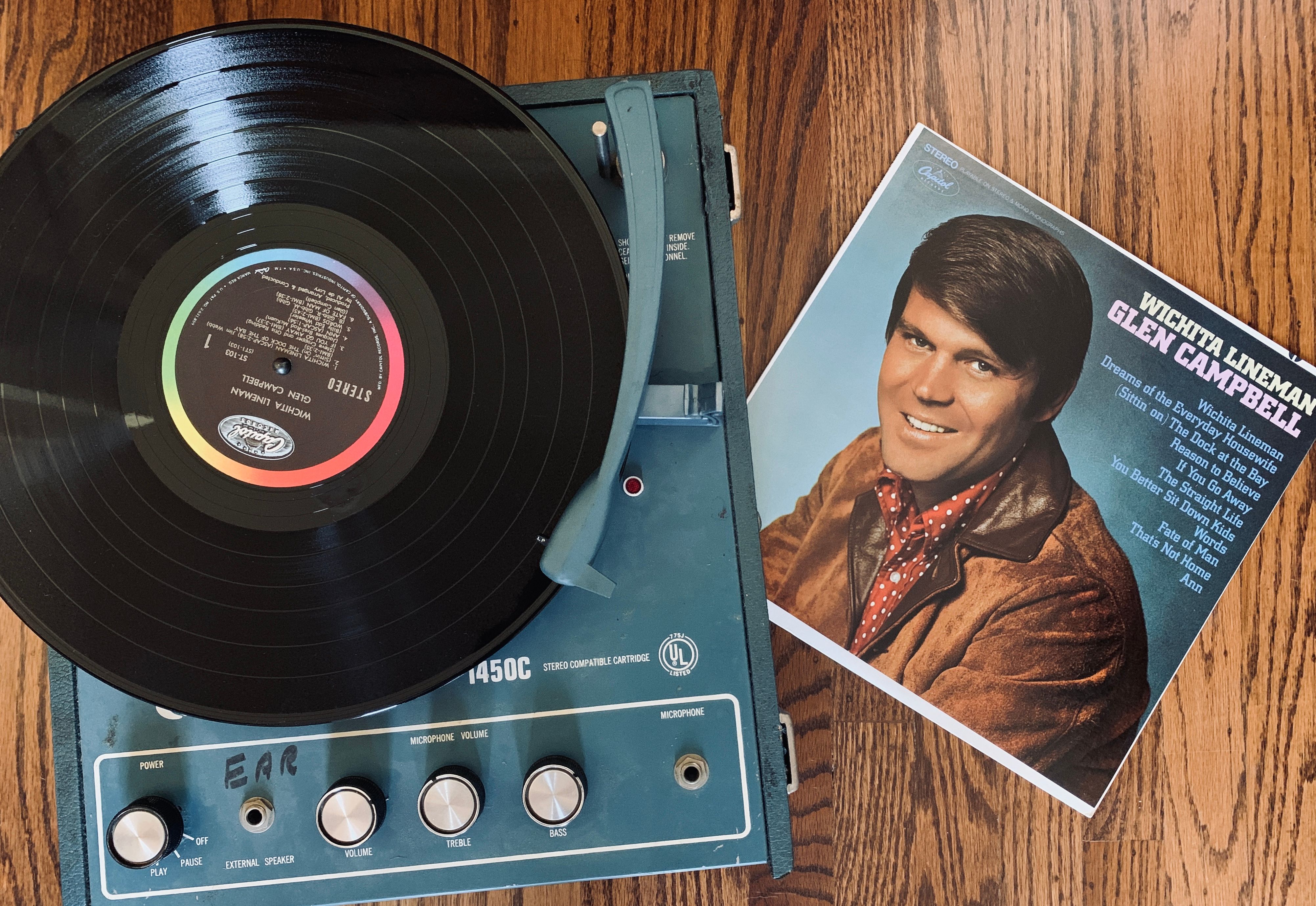 Jimmy Webb wrote "Wichita Lineman" in 1968. Glen Campbell recorded it in the same year, and released it on his album of the same name (pictured above).

I can't help but think about the brilliant film, released in 2014, I'll Be Me, which documented Glen Campbell's 2011 "Goodbye Tour." The tour was meant to be brief. Instead, it lasted a year and a half. This is remarkable because he was diagnosed with Alzheimer's disease just prior to beginning the tour. The film documents it all. It's amazing, courageous, and very entertaining.